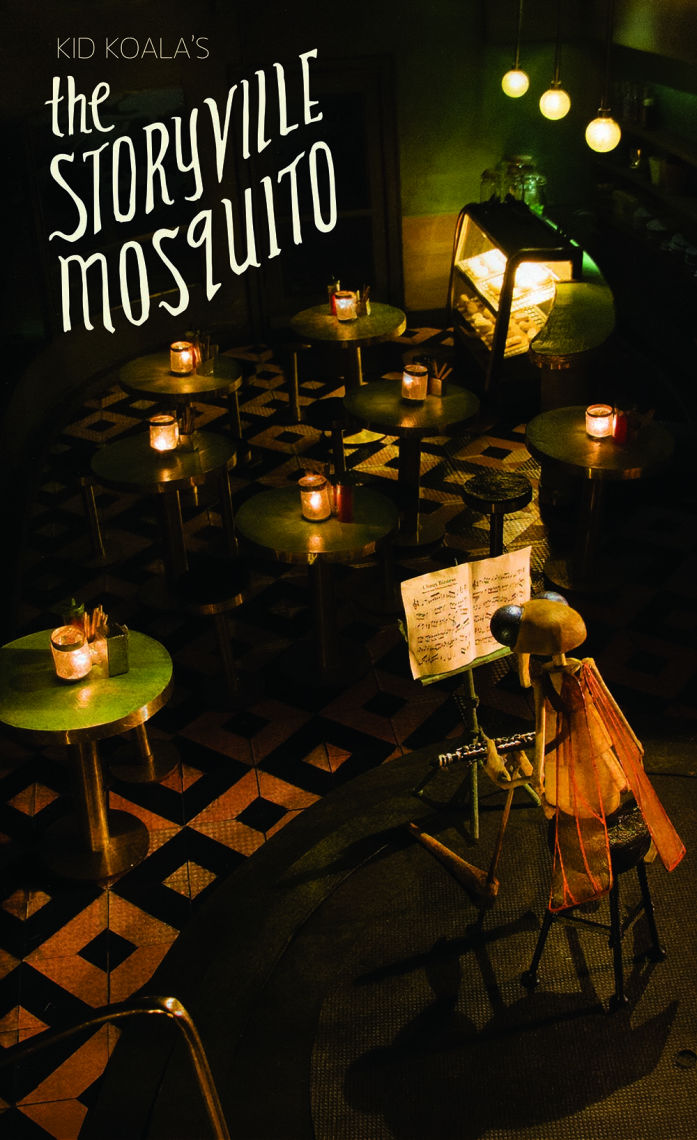 The Storyville Mosquito is a live animated graphic novel that is performed, filmed, edited and scored in one take each night. A team of 15 performers, musicians, foley artists and technicians cinematically bring the characters to life using miniature sets, puppets, multiple cameras and accompanied by an original music soundtrack featuring a string trio and Kid Koala on piano, turntables and percussion.

The Storyville Mosquito speaks to the themes of connectivity, honesty, improvisation, style and collaboration. It is the follow-up to Kid Koala’s hugely successful Nufonia Must Fall Live stage performance, further developing the emotion, the craft, the art, and Kid’s skills as a composer, writer, and in this case, director.

KID KOALA
Eric San, a.k.a Kid Koala, is a world-renowned scratch DJ, music producer, and award winning graphic novelist. He has released 6 solo albums, 4 on Ninja Tune: Carpal Tunnel Syndrome (2000), Some of My Best Friends Are DJs (2003), Your Mom’s Favorite DJ (2006) and 12 bit Blues (2012) and 2 on Arts & Crafts. He has pubished 2 graphic novels: Nufonia Must Fall (2003) and Space Cadet (2011). He has been involved in collaborations such as Gorillaz, Deltron 3030, and The Slew. Kid Koala has toured with Radiohead, the Beastie Boys, Mone Mark, A Tribe Called Quest, DJ Shadow, and The Preservation.

CORINNE MERRELL
Corinne creates work as a production designer for film, stop motion animation and theatre. Her handcrafted sets create environments and spaces for storytelling. She was head stop motion art director on the animated feature The Little Prince, directed by Mark Osborne. She was also production designer on the National Film Board’s The Fruit Hunters by award winning director Yung Chang.

Her collaborations with director Kara Blake continue to explore the use of miniatures in film, and ‘Illusions,’ a 2015 commission for the Ensemble Contemporain de Montréal and Gryphon Trio brought their film work to the stage. She worked on Wong Kar Wai’s My Blueberry Nights and Mary Stewart Masterson’s The Cake Eaters. Theatre credits include Broadway Design for Stage and Film from NYU Tisch School of the Arts. She is a faculty member in the Department of Theatre at Concordia University in Montreal, Quebec.

PATRICK MARTEL
Patrick has been working as a puppeteer as well as puppet and set designer for over 20 years now. His work was seen in many theatre plays, including À nous deux!, with Théâtre de l’Avant-Pays, for which he won a commendation from the Arylen Award Society, recognizing excellence in puppet design around the world, He collaborated with Atlanta’s Center for Puppetry Arts, designing the sets, costumes and puppets for the production Don Quixote. He created puppets for a number of television programs (like 1, 2, 3... Géant!), as for a variety of shows that toured the world In 2000, he started teaching classes at Université du Québec à Montréal. In 2012 and 2013, he was head of the postgraduate diploma in Puppetry, at the same institution. He recently designed and directed a puppet performance for a multimedia installation created by Victor Pilon and Michel Lemieux, that is to open in 2017, for Montreal’s 375th anniversary. He is now designing the puppets for a large scale touring show for Cirque du Soleil.

AJ KORKIDAKIS
AJ is a Montreal based digital media artist who finds himself constantly jumping between filmmaking, photography, animation, design and any other medium a project might call for. This multi-tasking style keeps his work fresh and gives him access to a wide range of techniques to create rich visual worlds within other words, he prefers to dream up images first and figure out how to create them after. His films have played international festivals including TIFF and Just for Laughs, have won him awards at the Youngcuts Film festival, and have been broadcast across North America. He is an oft collaborator of many noted Montreal musicians on video and animation projects. His design work ranges from poster design to creating organizations' entire visual identities, and has led to him illustrating a cover for the New Internationalist. He has begun creating work with a focus on interaction, whether it be through physical installations, or digital applications. He loves to explore the blurring lines between traditional and new media. He is truly in his element when working in multidisciplinary environments that challenge him to learn new skills to complete a project.

RYHNA THOMPSON
For 17 years, Envision Management & Production has remained dedicated to giving back to the global artistic community by disseminating artistically and culturally relevant projects to a wide range of receptive audiences worldwide. Our skilled team has proudly worked with over 40 internationally acclaimed artists and partners,and productions, and worked on various films, video games, graphic novels and soundtracks. More than just artist management, Envision works with artists to develop, fund and produce innovative, immersive, and genre-defying shows such as Amon Tobin’s 7.1 Surround Sound Tour, and several Kid Koala projects including: the Space Cadet Headphone Experience, Nufonia Must Fall Live, The Vinyl Vaudeville Show, and The Satellite Turntable Orchestra.

Our productions encompass many moving parts and often involve new technologies, new methods of storytelling, and require new ways of looking at all aspects of a production. Over the last 17 years, Envision has gained invaluable experience overseeing these projects and carries that knowledge over to all future endeavours and partnerships. 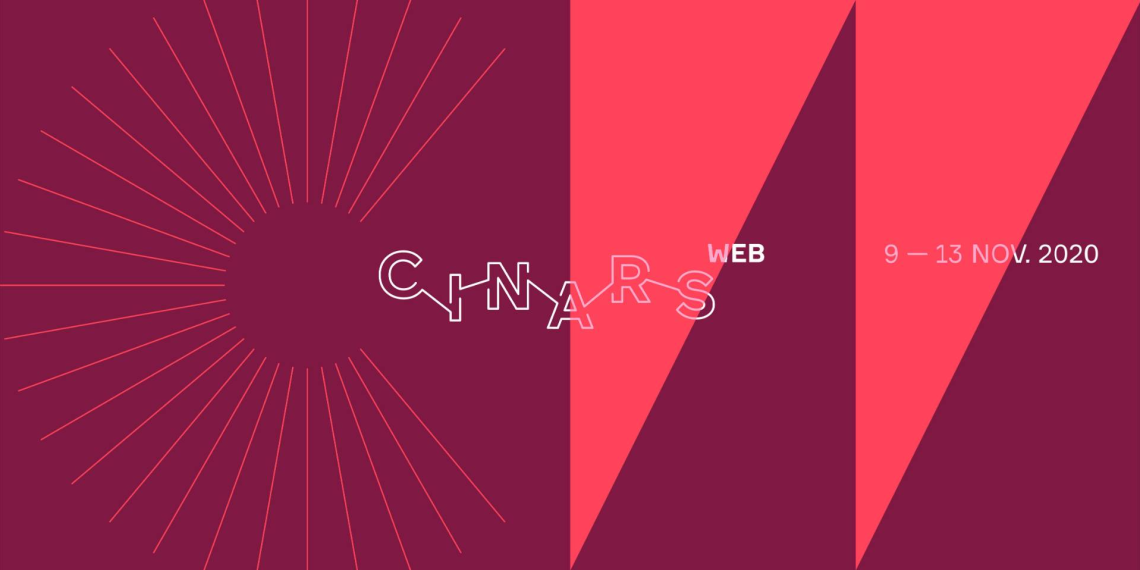 Visit Envision's virtual booth at CINARS this week! We will be pitching Kid Koala's The Storyville Mosquito tomorrow - November 11th - between 9:30 - 10:30 am. More information here. 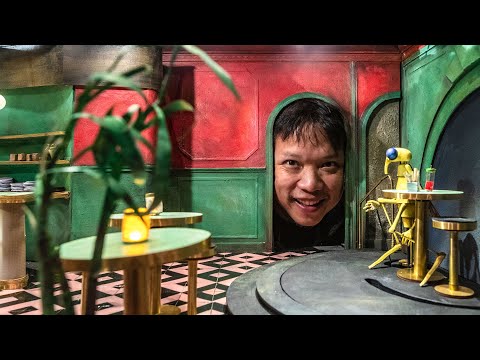 The Montreal Gazette profiles Kid Koala and The Storyville Mosquito 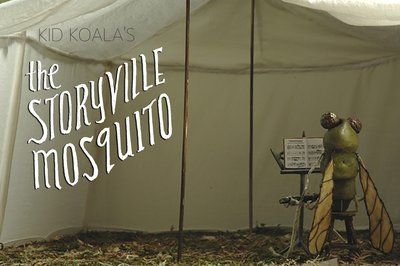 Tickets for Kid Koala's Storyville Mosquito are now on sale 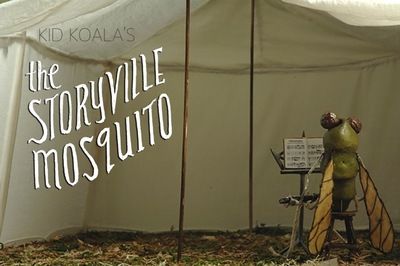 The National Arts Centre has just announced its receipients of the first National Creation Fund, including Kid Koala's Storyville Mosquito amongst them. See the rest of the fund's recipients here. 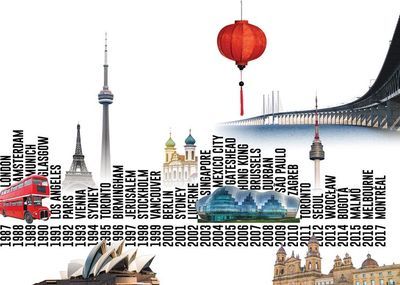 Storyville Mosquito pitched at the ISPA Congress in Montreal