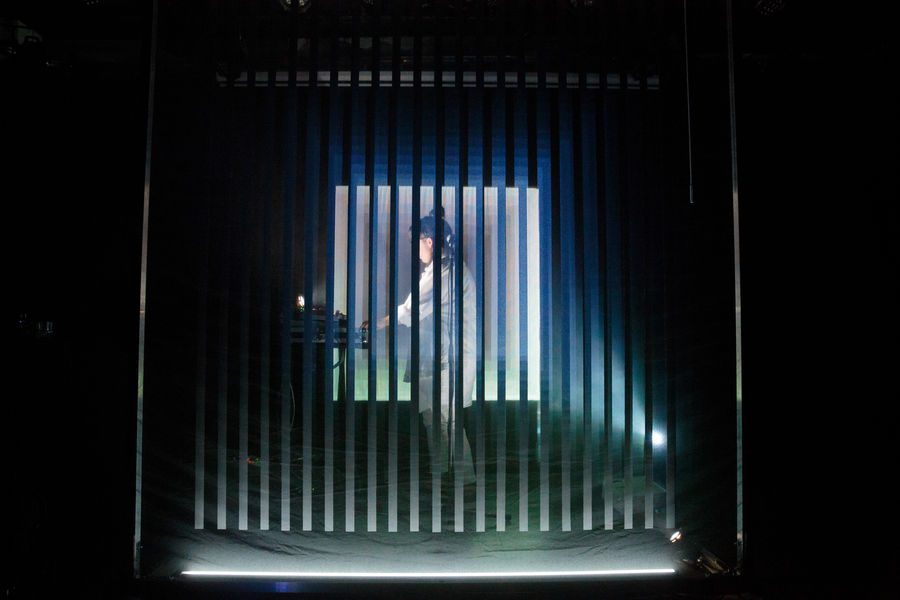 FOXTROTT's "Meditations I-II-III Live" is a new, innovative live show and performance created as an accompaniment to her most recent album. Developed in collaboration with Montreal based HUB Studio, Wynn Holmes and Envision Management and Production, it features a unique set-up of music responsive lights, video mapping and screens.

Marie-Hélène L. Delorme is a vocalist, producer and multi-instrumentalist who hails from Montreal. Since unveiling the FOXTROTT moniker to the world with the EP Shields (2012) and her Polaris Prize-nominated debut A Taller Us (2015), released on esteemed UK imprint One Little Indian, her beefy bass lines, captivating melodies and lyrical candour have taken her to New York, London, Berlin and beyond. She has received critical praise and industry plaudits from the likes of BBC1, France Inter, the UK MVAs and Red Bull Music Academy, where she served as a Canadian studio mentor last fall.

With a uniquely eclectic musical DNA, Delorme draws from multiple musical worlds without being tethered to any one genre. “The way my brain works, I absorb the energy of a piece of music I like, and then try to reproduce the feeling, the physical effect, but without copying the codes. That process is what excites me most.” The result is an accessible yet deeply personal production style made up of rich, off-centre sounds, earthy beats and shimmering percussions, paired with her warm, forthright vocals.

After channeling fears, insecurities and assorted “twentysomething stuff” into A Taller Us, Delorme found herself more confident, relaxed and open to the world on Meditations I-II-III, a record first developed on a trip to southwestern Mexico. She describes the album’s contemplative creative process as tuning into something way larger than herself. “I felt this really warm energy supporting me throughout the process and felt compelled to give the listener a big hug, like a warm blanket of sound to find refuge in.” The songwriting on Meditations I-II-III juxtaposes Delorme’s serene state of mind with a more threatening world just out of reach. “As the album came into focus, I got interested in exploring the contrast between the state of individuals in their personal lives and these glimpses of chaos unfolding elsewhere. By opening up to others, we also expose ourselves more. By welcoming the world in, we’re also confronted to all the pain, the ugliness and the dangers. The daily choice we make between love and fear is particularly relevant in our current climate. I wanted to translate that tension in musical form, a bit like the opening and closing of a window,” she reflects.

FOXTROTT’s signature sound has always been imbued with an unmistakably cinematic feel, forever oscillating between the dark and the luminous. The release of Meditations I-II-III comes at a time when her parallel pursuits of composition for film/TV, producing and songwriting are converging like never before. “FOXTROTT is purely my baby, an extension of my soul. It’s a universe where I can completely be myself. I gain an energy from that freedom which I can bring into everything else,” she sums up. In addition to recent collaborations with Cadenza, Random Recipe, Jean-Michel Blais and Pierre Kwenders, Delorme has kept up a steady cycle of composition for film, production for musicians and special projects. 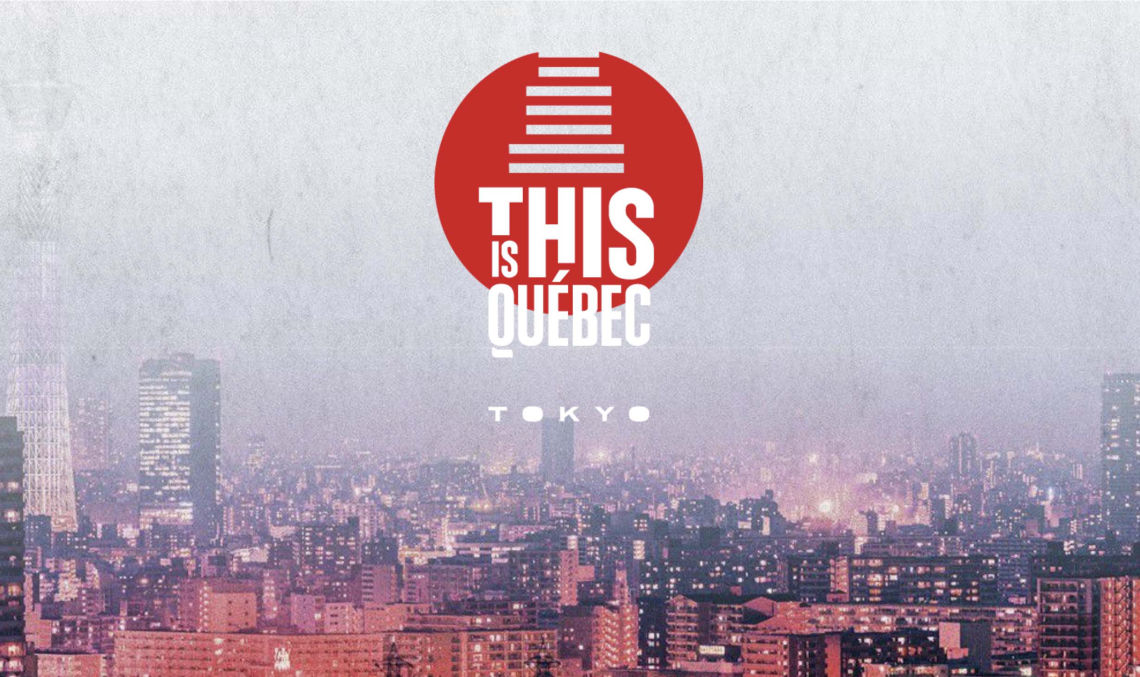 Envision is in Tokyo!

Envision is in Tokyo, Japan as part of the "L'effect Quebéc" mission. Envision's Ryhna Thompson will be giving a talk and participating in a panel called "Taking the Performing Arts into the Digital Age". FOXTROTT will also be presenting the show Meditations I-II-III.