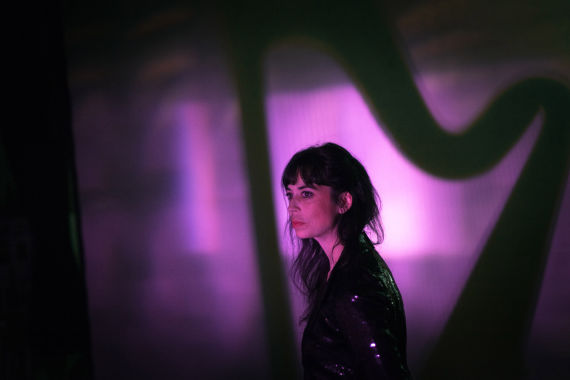 To encapsulate the career of Montreal-based harpist Sarah Pagé, one would have to draw long, constellation-like shapes across genres, borders and histories. While perhaps best known as a founding and longtime member of roots rockers The Barr Brothers, a brief consideration of her resume reveals the fact that she’s equally at home within traditions as without them. Her first solo LP, Dose Curves, affirms this versatility and reveals Pagé as one of Canada’s most accomplished experimentalists.


Across the album’s five tracks, Pagé unfurls untold possibilities from within the 5000-year-old instrument: moving through free-form tonal caverns, catching gently-bent melodic breezes and expanding out to the ambient aethers. Dose Curves is a world in a spin of its own, intricately detailed and paced serenely. Described by its maker as a ‘tribute to the many moods and colours of the harp’, the album moves with a learned fluidity. Employing a myriad of techniques and tools to accentuate the harp ( a bass pick-up of her own design and an array of carefully considered amps, fans, bows and pedals) Pagé capitalizes on both the very physical and altogether mystical tones inherent in the instrument.


The mere range of sounds Pagé is able to pull out of the harp while remaining tethered to its essence is astounding. Though what really makes the record so spellbinding is its rootedness in performativity. Dose Curves arrives in album format after eight years of intensive practice, playing, touring, collaborating and recording. During this period (which included her regular duties with The Barr Brothers, close collaborations with the late Mexican-American mysterion Lhasa, and appearances on recordings by Leif Vollebekk, Patrick Watson, Jerusalem In My Heart, Nadah El Shazly, among many others), Pagé would test these solo works on live audiences as opportunity permitted. Across many explorations, versions, dialogues and fine-tunings, the pieces materialize here as vibrant as ever. Rather than presenting as a deadened product of a disconnected process, the tracks on Dose Curves are wildly alive, charged with organic iteration and intent. The entire LP consists of one unaltered performance, presenting the full range of the artist and instrument, imbuing the album with a visceral vitality.


It takes an incredible amount of discipline, dedication and curiosity to manifest such a unique and unified collection of music. That such a collection feel so immediate and welcoming speaks to the artistry of Sarah Pagé: fearless, tender and ever-changing.